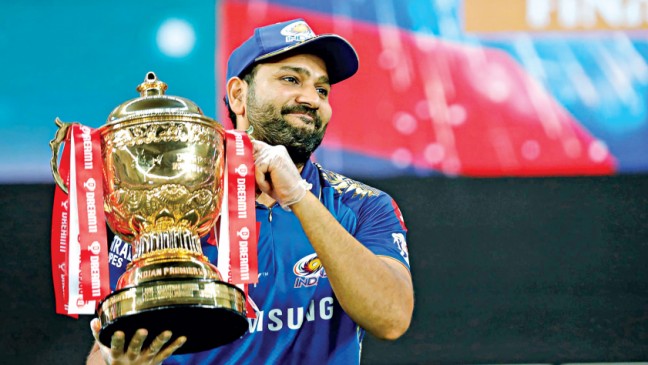 Virat Kohli leads India across formats, while Rohit usually deputises for him in limited-overs cricket.

Rohit topscored with a fluent 68 as Mumbai crushed Delhi Capitals in the final to cement their position as the IPL’s most successful team. Kohli’s Royal Challengers Bangalore, who are yet to win an IPL title in 13 seasons, were eliminated in the playoffs.

“Rohit has won five IPL titles, he is the most successful captain in the history of the tournament. “It would be a shame if he is not made the white-ball captain after this. Because there’s nothing more Rohit Sharma can do.” Gambhir, who led Kolkata Knight Riders to two IPL titles, said Rohit was a significantly better captain than Kohli in these formats.

“Why can’t you have split captaincy? It’s not a bad idea.” “I’m not suggesting Kohli is a terribly bad captain but both got the same platform and you can judge who’s better. For me, Rohit Sharma stands out as leader.”

“I honestly believe that the Indian team will be better off in Twenty20 cricket being led by Rohit Sharma,” Vaughan told Cricbuzz website.