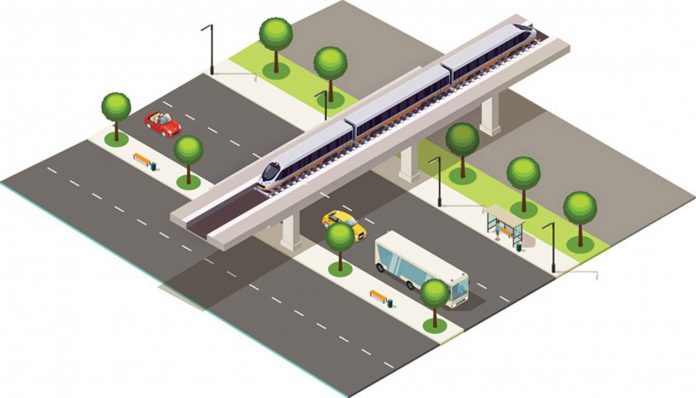 A panel formed by the Japanese government has given Bangladesh an alternative plan for the MRT-6 extension to Kamalapur, saying the existing PMO-approved design would seriously hamper the prospect of the country’s premier railway station becoming a true transport hub.

The Japanese ministry of land, infrastructure, transport and tourism said the alternative plan would also reduce the construction and land acquisition cost.

The Japanese ministry itself wrote to the Public Private Partnership Authority of Bangladesh (PPPA) where it said the alternative plan of the sub-working group would bring down the cost when compared to the existing plan.

Bangladesh Railway had then opposed the move saying it would jeopardise its design to turn Kamalapur Railway Station into an MmTH.

The Daily Star correspondent could not reach Salim Reza, the railways ministry secretary, over the phone or get a response from him via texts.

On Wednesday, Chief Executive Officer of PPPA Sultana Afroza, who received the letter from the Japanese ministry, asked this paper to contact one of the directors of PPPA.

The director could not give any information immediately.

MAN Siddique, managing director of DMTCL, said they did not receive any letter in this regard.

“We have got approval from the PMO and we have already started our work for the expansion of the line,” he told The Daily Star on Tuesday.

The MRT-6 is the country’s first-ever metro rail, now under construction at a cost of Tk 22,000 crore with soft loan from Japan.

The Kamalapur hub is going to be implemented under a government-to-government public-private partnership project.

A Japanese consortium, led by Kajima Corporation, has already outlined a concept to turn the railway station into a multimodal transport hub.

The government has signed a memorandum of cooperation with Japan, and the basic concept was approved in the third Bangladesh-Japan joint platform meeting in March last year, read BR documents.

The mass rapid transit (MRT) line-6 was initially designed as an elevated line from Uttara to Motijheel. Later, a skywalk was planned to connect the line with Kamalapur Railway Station.

Bangladesh Railway opposed the proposal and cited its plan for the MmTH.

“After detailed discussions, it is found that the extension of MRT Line-6 will confront the basic theme of development of MmTH [Multimodal Transport Hub] and other railway development work,” read meeting minutes of the railway’s ministry.

Railway officials said they were not against the extension of MRT line-6 up to Kamalapur, but the DMTCL’s current design would upset their MmTH plan. They had asked DMTCL to modify its blueprint.

The DMTCL sought the PMO’s help in resolving the issue. A meeting, with Principal Secretary to the Prime Minister Ahmad Kaikaus in the chair, gave the go-ahead to the DMTCL plan on September 3.

The meeting also directed the railways ministry to take immediate steps for allowing a station of MRT line-6 and a scissors crossover at Kamalapur Railway Station.

But the Kamalapur MmTH Sub Working Group said the plan was not “recommendable” because the elevated structure of MRT-6 would “fully close” the railway station, sources said.

Besides, the extension would reduce function of the plaza there, they said, apprehending that the plan could be a serious obstacle for the MmTH project.

It also requested the railways ministry to re-evaluate the alternative plan and sought time so that it could be explained directly.

The DMTCL authorities have already completed a topography survey and finalised the alignment for the additional 1.16km of MRT line-6.

The DMTCL MD earlier said that apart from some makeshift structures on the alignment of their MRT line-6 extension plan, 31 buildings would have to be demolished and their land acquired.