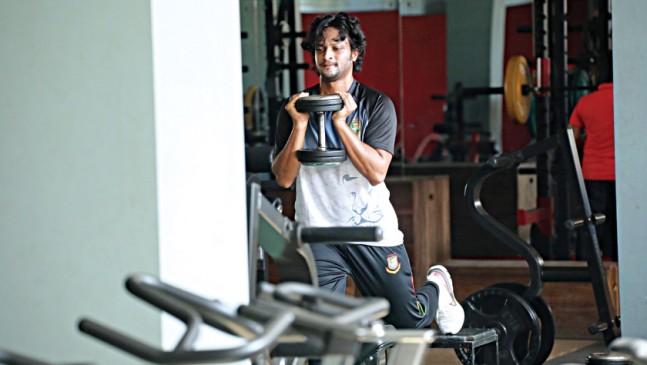 The players’ draft of the upcoming Bangabandhu T20 Cup will take place at a hotel in the capital today as the Bangladesh Cricket Board (BCB) is set to crank the cricket’s resuming process up a notch after the coronavirus-induced break.

The board did, however, arrange the BCB President’s Cup — a three-team 50-over competition — as the first step towards resuming cricket in the country last month and it managed to successfully complete that ensuring health safety through creating a bio-bubble. But the tournament was more of a test-case from the BCB’s point of view before resuming domestic cricket, involving more players.

Fortune Barishal, Beximco Dhaka, Minister Group Rajshahi, Gemcon Khulna and Gazi Group Chattogram are the five teams that will be participating in the T20 tournament.

The BCB is yet to announce the schedule of the tournament that is expected to begin later this month.

The month-long tournament will be played in a double-round system with each team playing against each other twice before the top two teams play the final.

Players in the draft are divided into four grades — A, B, C and D. Shakib Al Hasan, Tamim Iqbal, Mahmudullah Riyad, Mushfiqur Rahim and Mustafizur Rahman are in Grade A and will receive Taka 15 lakh each.

Although the Tigers’ T20 skipper Mahmudullah has tested Covid-19 positive, the all-rounder is expected to complete his 14-day quarantine by the time the tournament begins. Meanwhile, Mashrafe Bin Mortaza, who pulled his hamstring last month during practice, will also be available from the first week of December.

All the teams will stay at the same hotel in order to create an effective bio-bubble. The drafted cricketers, except for the ones in the national team, High Performance unit and Under-19 side, have already undergone a mandatory fitness test.

Although the benchmark for the beep test was set at 11, players who are worthy and have scored close to 11 in the beep test have also been included in the draft. The BCB has already invited an Expression of interest (EOI) for the live broadcasting as all the matches will be telecast live.