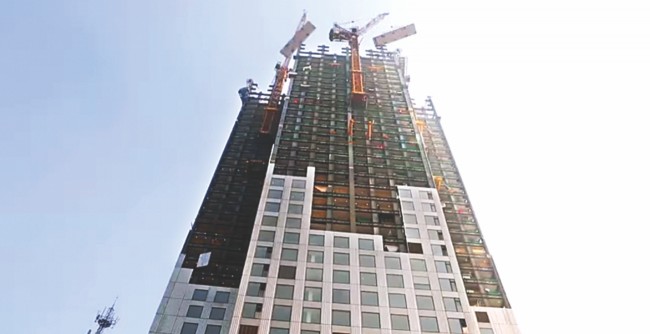 Broad Sustainable Building, a Chinese construction company, is claiming to be the world’s fastest builder after erecting a 57-storey skyscraper in 19 working days in central China.

Although they have a typically strange name for such companies, their methods are less than typical. Being a prefab construction firm, they put up the rectangular, glass and steel Mini Sky City in the Hunan provincial capital of Changsha, assembling three floors a day using a modular method, the vice-president, Xiao Changgeng, said.

They spent four and a half months fabricating the building’s 2,736 modules before construction began. The company now has ambitions to assemble the world’s tallest skyscraper, at 220 floors, in only three months.